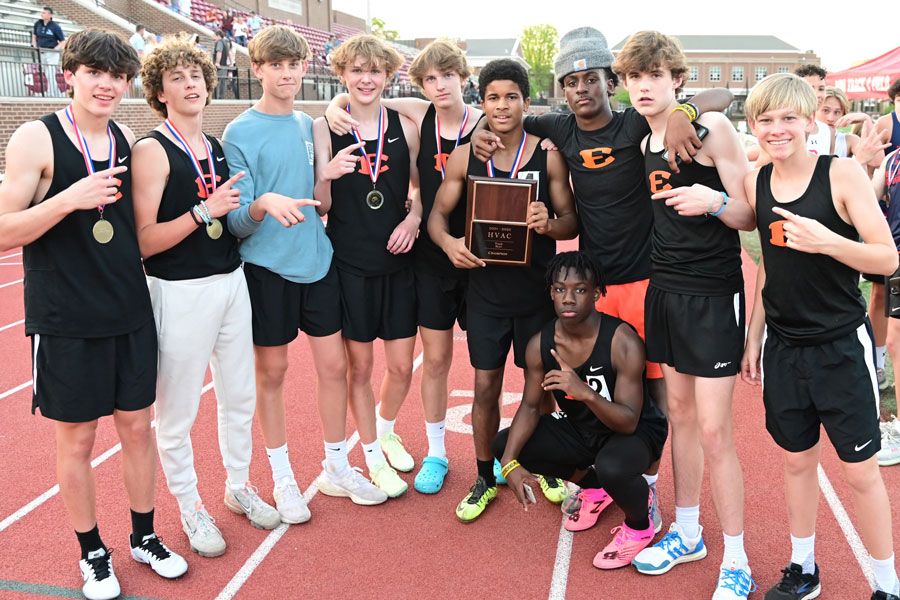 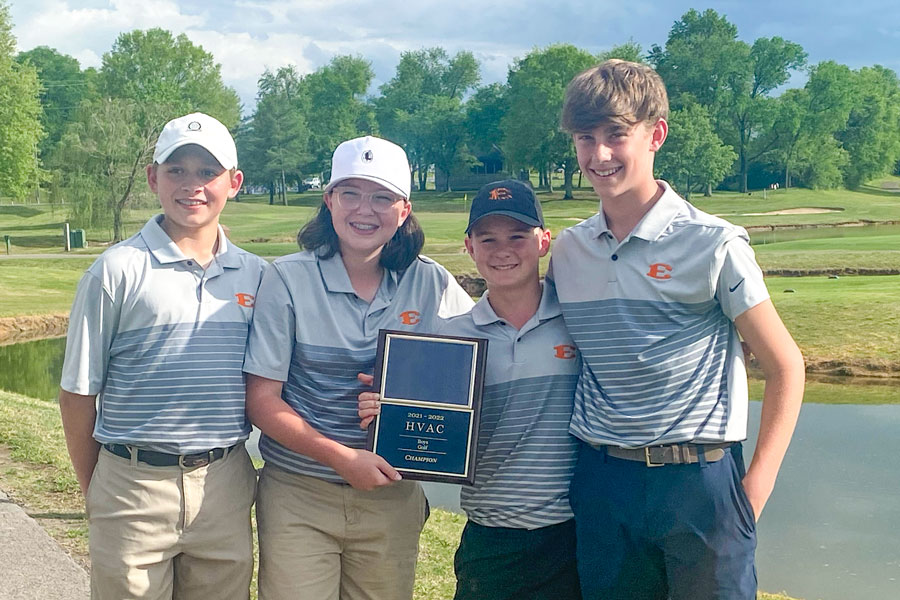 On Friday, April 28, the Middle School track teams competed in the HVAC championship. The boys’ team claimed the overall championship and fielded a 4x400 relay team that broke both HVAC and Ensworth records. The team consisted of Edward Coppeans, Nelson Butler, Akeem Batey, and Cutler Smith.
The girls also claimed a victory in the 4x400 relay with a team made up of (left to right) Makaylah Batten, Charlotte Garza, Eleanor Denbo, and Kat Fones. 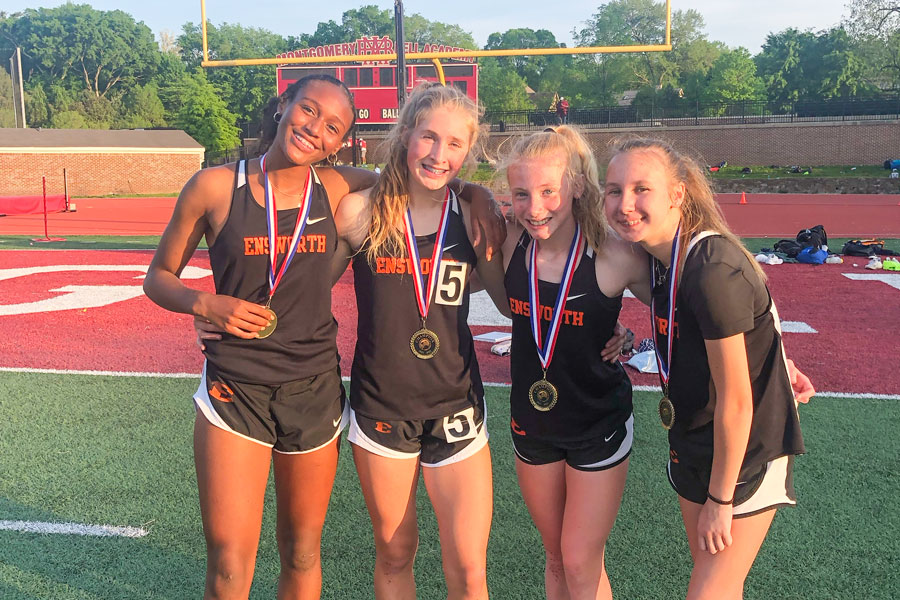 Congratulations to these athletes who finished the athletic year strong!
Back