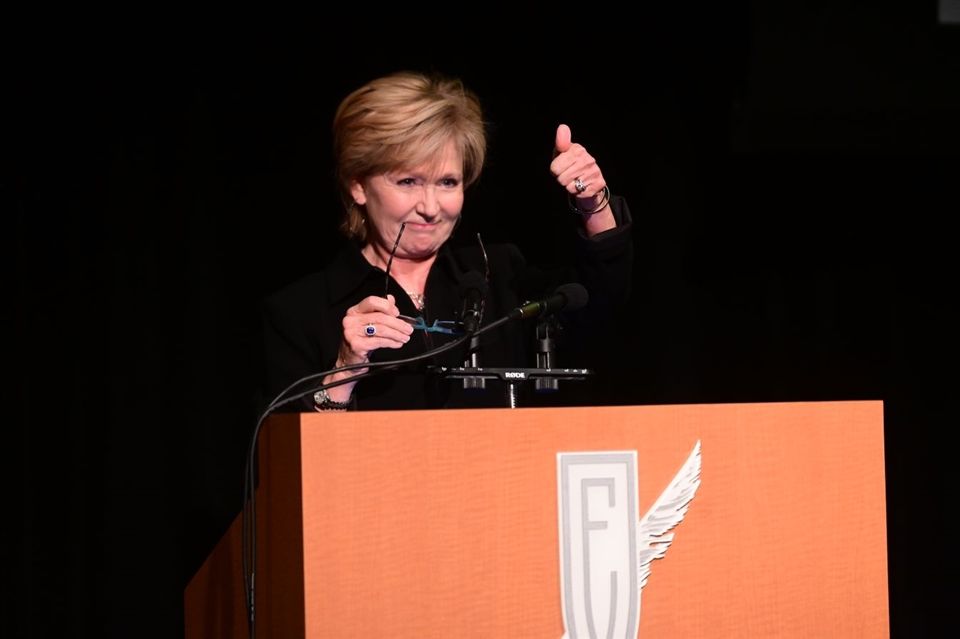 3/24/2022
by Michelle Andrade
The focus on the study of women’s lives, experiences, passions, successes, and dreams is not limited to March, although it offers an opportunity to set our gaze on such efforts.
Schoolwide, we celebrate Women’s History and honor each woman’s contributions in business, education, medicine, arts, photography, culture, music, literature, friendships, families, and every avenue this life brings. As a part of this examination, Ensworth welcomed women to campus to learn more about the progress of their own lives and the history of women’s rights in the United States.   ⁠
Ensworth parent and The Hermitage Hotel Managing Director Dee Patel spoke on the Red Gables Campus about the history of women’s voting rights and the significant role Nashville played. Mrs. Patel, a notable woman in business, spearheads dynamic leadership in the hospitality arena. The Hermitage Hotel recently celebrated the 100th anniversary of women’s right to vote, and Mrs. Patel shared how the Women’s Rights Movement progressed due to Tennessee’s vote to support the ratification of the 19th Amendment. Students learned about Nashville’s participation in the expansion of women obtaining the right to vote.
Amanda Farnsworth, former Ensworth parent and current Board Trustee, visited the Frist Campus to share her story of accomplishment and growth. From a rural farm community, Mrs. Farnworth made her way to Vanderbilt University and went on to obtain a Masters in Computer Science with related work in Business. Led by her passion, she began working in private wealth management. In her early years, she looked around and saw 95% of her peers were male, but her love for the financial market kept her working hard, and she stayed the course. She ended up holding a long career in the investment business with Hilliard Lyons, now Baird. She shared with students how her love and passions led her to success.
“Little girls don’t fly airplanes,” she heard growing up. She realized she also held a deep respect for flying. Now a pilot and retired from the public financial sector, Mrs. Farnsworth bestowed her experience onto the high school students (and shared about her adventures as she now flies all over the world sharing about her STEM program geared toward girls):

Beyond the study of Women’s History Month is also the Women’s Lit class option for students in their junior and senior years. We recently ventured into Ms. Bradshaw’s classroom to observe (and participate) in their Harkness discussion. A visit to Mary Catherine Bradshaw’s class brings one in, right up close to women’s history and its study. Students in this class, founded by Myra McLarey and Varina Wilse in 2006 (originally called The World According to Her), take a deep dive into literature written by women and hear firsthand the accounts of women on their own timelines of self-discovery.
The class, open to both female and male students, is currently reading Virginia Woolf’s A Room of One’s Own. This piece, an expanded essay first published in September 1929, combines two speeches Woolf gave in October 1928 to women’s colleges at the University of Cambridge.
When asked if Woolf would be pleased with the idea of a Women’s History Month, students shared:
She would be very pleased because she believes, according to the book, women need a room of one’s own. That being said, I feel a month dedicated to women is almost like a room of their own, except it’s a month.
I think Woolf would love the idea that we have a month dedicated to us, whereas men don’t have one of their own. She may, however, ask about the rest of the year, but that is still a conversation starter even for some women today.
Woolf would be pleased with the idea of a Women’s History month because she just wanted women to be noticed for once instead of being put down or not noticed. She just wanted women’s work to be shown to the world, and having this Women’s History month, we can notice and appreciate women.
I think that Woolf would be happy that there is a Women’s History month because it gives women a sense of community and recognition that is otherwise taken away. It also can bring attention to the mistreatment and silencing of women through history, which still needs to be worked on.
Yes and no. I think she would be excited and pleased with the fact that the happiness of women having a period of time solely dedicated to them is present in our lives. At the same time, I think Women’s History Month should be every month- women and their successes should always be seen instead of just put on a pedestal one month of the year. However, Woolfe does mention that the way men were educated and bred back then was not their fault; they were not exposed to equality that should be present among them and women. How were men supposed to see that women should be celebrated as much as them if they were never taught it? All they ever knew was the way they needed to be and the life they should live with the role women played in their lives.
So, Women’s History Month. We celebrate. We honor. We remember. We learn. We grow. We lean in. We ask.