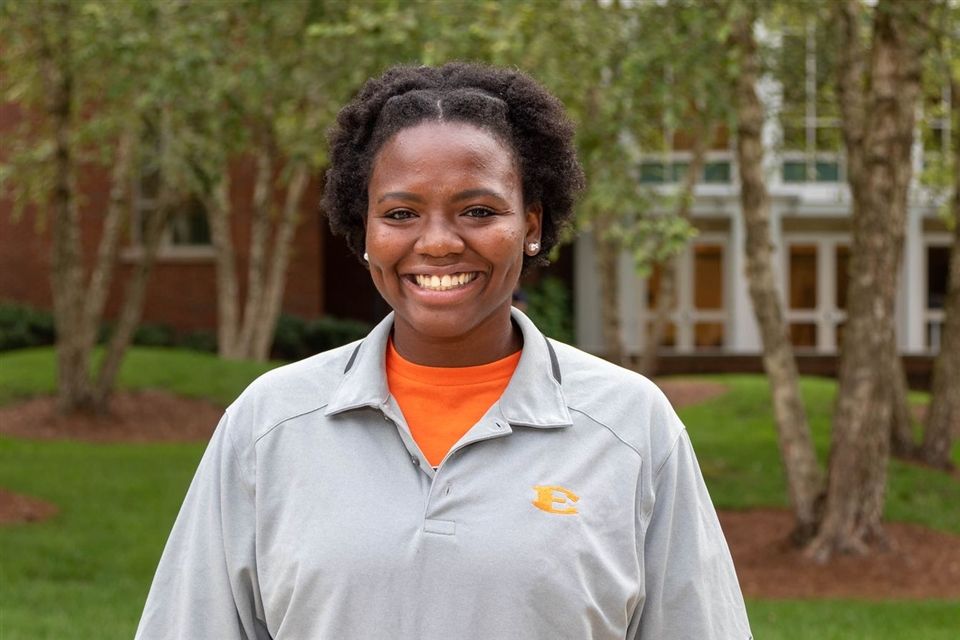 6/8/2020
Ensworth School has appointed Ashley Slay Glotta as the new High School Volleyball Head Coach. Ashley graduated from Ensworth in 2014 where she was a multi-sport student-athlete and member of state championship teams in both volleyball and basketball.
Coach Glotta continued her volleyball career at Austin Peay State University where she graduated with a Bachelor of Science in Education and was the OVC Player of the Year her senior year. Glotta accrued numerous honors, both athletic and academic, throughout her collegiate career including being named to the OVC All-Newcomer Team followed by becoming a two-time member of the First Team All-OVC Volleyball Team. She was a multiple recipient of the Tennessee Sports Writers Association and Adidas® OVC Offensive Player of the Week in addition to being named to the Dean's List multiple times.
Glotta was the Head Volleyball Coach at Clarksville Academy for one season before returning to Ensworth in the summer of 2019 as a fitness instructor and assistant volleyball and girls’ basketball coach. Ashley will be joined by a new assistant, Ginny Busse, a recent graduate of Austin Peay who was named the 2019 OVC Defensive Player of the Year.
About her appointment, Coach Ashley Glotta says: “I am so excited to be the next Head Varsity Volleyball Coach at Ensworth. As a graduate of Ensworth, I know first-hand what a special place and community this is. I look forward to serving in this role, as well as the opportunity to mentor and lead young girls both on and off the court for years to come. Ginny Busse will serve as my interim head coach while I am on maternity leave. Coach Busse shares my passion for volleyball and developing student-athletes into disciplined, compassionate, joyous young adults. I am honored to accept this leadership role at my alma mater. Go Tigers!”
Back