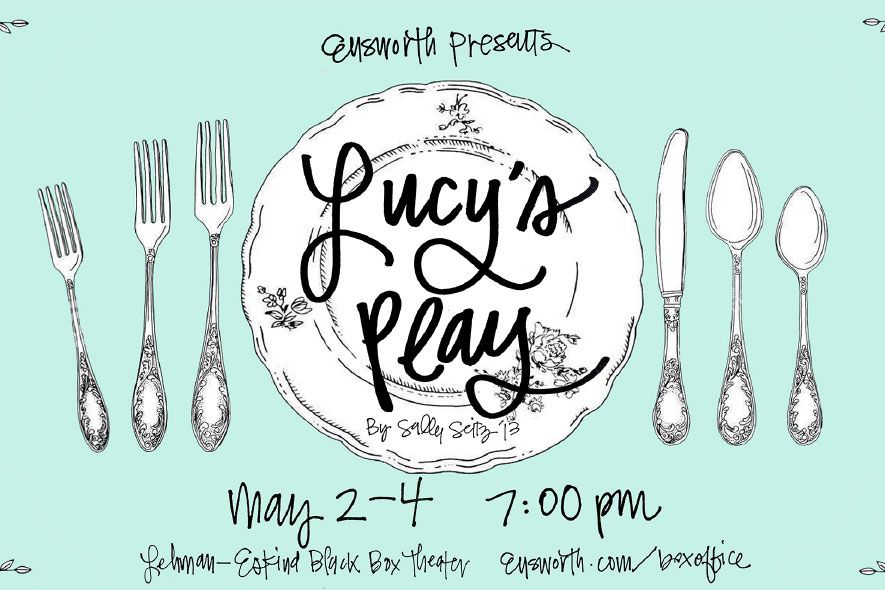 Lucy’s Play (2013): Over the past 20 years, I have been a part of several dozen student productions at the high school and college levels, many of which have been quite good, and many of which have included talented artists who went on to find success in both college and professional theatre. But I have never been a part of a production like this: a truly student-made play. We made this. It’s new. Sally wrote it. She started in July, and she finished in March. We cast it. We rehearsed it for six weeks. And now we’re going to show it to you. No one has ever seen it before. And ya know what? It’s good.

While Sally was still in the first stages of writing this play last summer, I was in West Virginia. I was on a pilgrimage of sorts, with my dad and my grandfather, going to visit some places that I had never laid eyes on before, places buried deep in my family’s past—but not that deep. One of the places that I went was Number 6 Hill. That’s the hill that my father’s father was born on in coal country West Virginia, not far from Beckley. He spent his childhood in those hills, like generations before him. Then came the GI Bill. Then a baby boy. Then a scholarship to Vanderbilt. Then another baby boy, who came to Ensworth, and eventually helped to make this play. My trip to West Virginia helped me to realize just how much my story is not really my own—it’s my family’s. I think that’s what Sally’s play is about, at least in part. It says: “Every family has a story, and everyone’s story is a result of one’s family.”

My greatest pleasure of the past year, outside of my family, has been watching a number of my former students return here to support and work alongside my current students. It’s not unlike sitting at Lucy’s table. Names, faces and stories from across the years collide as we come face-to-face with our own history—and our own legacy. It is the gift that healthy community yields.

The 2013 production of Lucy’s Play during my senior year at Ensworth was the single most significant opportunity of my playwriting career to date. Having the world of your play come to life is a tremendous gift for any playwright, let alone a high school senior. I will be forever grateful to the Ensworth Capstone program, the Ensworth Theatre Program, and David Berry for their trust and support of this play. The opportunity to return to Ensworth six years later and do it again is simply the best gift given twice.

Returning to Lucy’s Play has been a little bit like time travel, and a lot like having an ongoing conversation with my eighteen-year-old self. I’ve laughed at her and been proud of her at the same time. While some scenes have been revised, dialogue improved, and character arcs clarified, senior-year Sally wrote the heart of this play, and I’ve got to give her credit for that. What has been improved, I credit to the current cast and crew whose input has been invaluable. These students are some of the smartest and most dedicated storytellers I have ever had the privilege to work with. I am honored by their commitment and truly inspired by their talents.

Most of all, I am so grateful for the opportunity to return home to Mr. Berry’s rehearsal room. David Berry runs a program that emphasizes creating empathy and building community through storytelling. He remains my greatest mentor, and it is his lessons that have guided my artistic endeavors. Without him, I would have never had the courage to pursue playwriting. Thank you. Additional thanks to Talia Mayden ’13 with poem edits and Dean Scott Perkinson with Devon song edits.

This play is not about my family, but it is my love letter to them. I thank them for their patience, support, and most of all, their sense of humor. Just like last time, Lucy’s Play is dedicated to my sister, Caroline Seitz, with all my love.