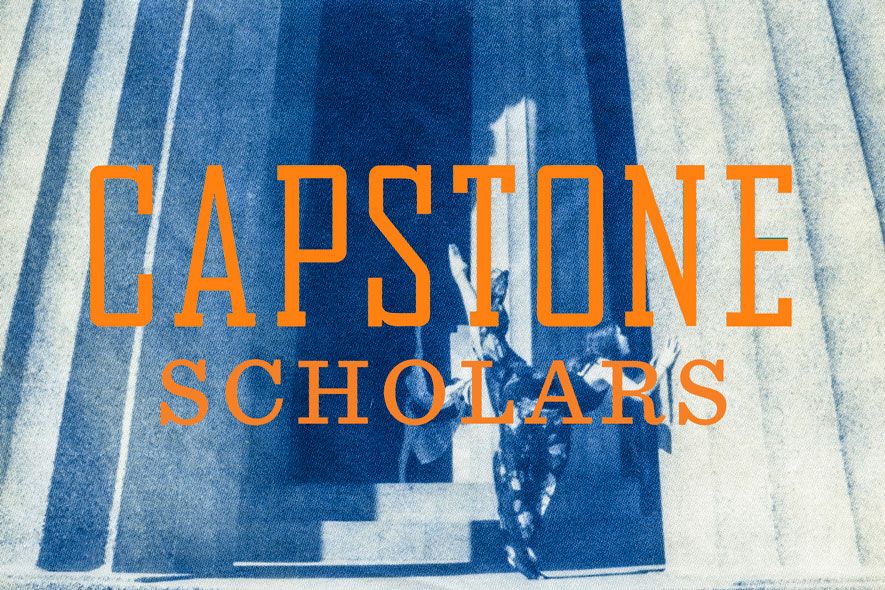 9/18/2019
Capstone Sponsors
Ensworth’s Capstone Program is exemplary of experiential learning; students are given the opportunity to engage in an extensive exploration of a passion or interest that is above and beyond academic courses and extracurricular involvements—though it is often the product of weaving multiple inspirations into one. To participate, a student investigates, proposes, and gains approval for a specific research project in Grade 11, and will conduct the research and presentation of their findings over the course of their senior year. 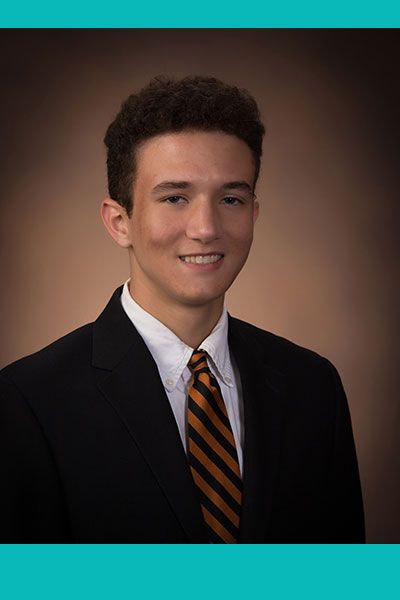 “Military to Mob: The Spectrum of Warfare as Seen Through Film and Literature”
Sponsor: Mr. Miller
Wrote and presented a paper that comments on the media of storytelling and the themes explored, comparing the two types of warfare, analyzing the way in which each type of warfare is portrayed, and providing historical context.
“Brilliant at the table and in his writing, Thomas always sought to grow intellectually, so going into this year, I knew his Capstone project would be a romp. He didn’t let me down. Thomas would meet each quarter’s goal around three weeks early, and then he would ask me how he could supplement his initial plan with additional work—a high schooler who asks for more homework! His intellectual curiosity and drive made this experience incredibly rewarding for both of us.”
—Jim Miller 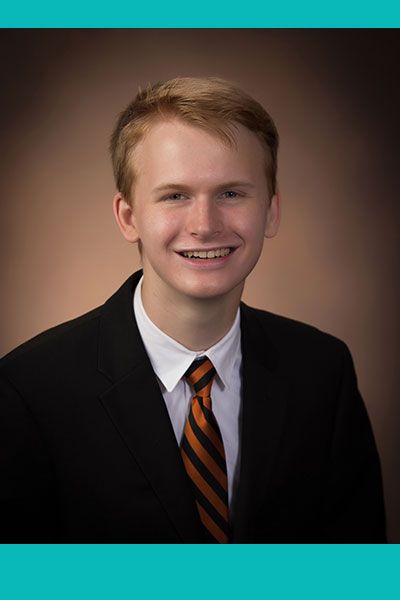 “Nashville: A City on the Rise?”
Sponsor: Ms. Bradshaw
Analyzed urban development and demographic changes in Nashville through a case study, researching historical archives and conducting interviews to create an anthology focusing on gentrification, immigration, culture, physical expansion, zoning laws, and economic development.
“Very few young adults have the sustained curiosity Chazzy has demonstrated throughout the project. As a result of his curiosity and my delight in watching him try new approaches to his research, we found ourselves going down rabbit hole mazes. Fortunately, a deadline approached and both of us had to draw the line and begin to narrow the scope of our conversations and allow Chazzy the space to create his own definitive claims about the changes our city has seen in the last 50 years.”
—Mary Catherine Bradshaw 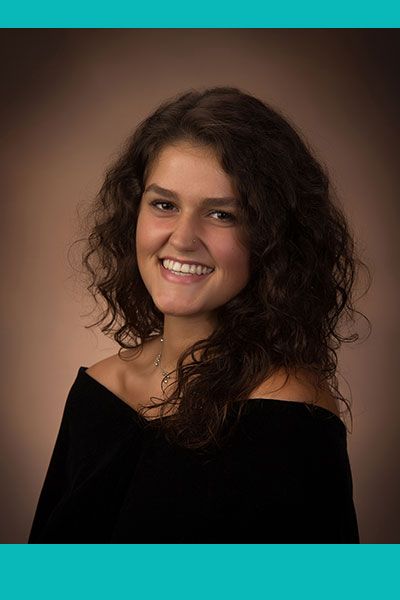 Solar Beehive Heater
Sponsor: Mr. Ireland
Researched thermodynamics and solar heating, creating and testing various prototypes for a completely independent heating system for the bees on the High School Campus.
“Melanie Comoglio’s passion for engineering and beekeeping along with her entrepreneurial spirit drove her to make a non-invasive passive solar beehive heater to be used during prolonged periods of extremely cold temperatures. This project combined her environmental passions with the desire to invent and fabricate something that is useful and can improve the world in which we live. She demonstrated the very essence of what it means to engineer solutions to problems, while demonstrating the scientific ability to collect data that she used to guide her decision making of her prototype solar beehive heater.”
—Mike Ireland 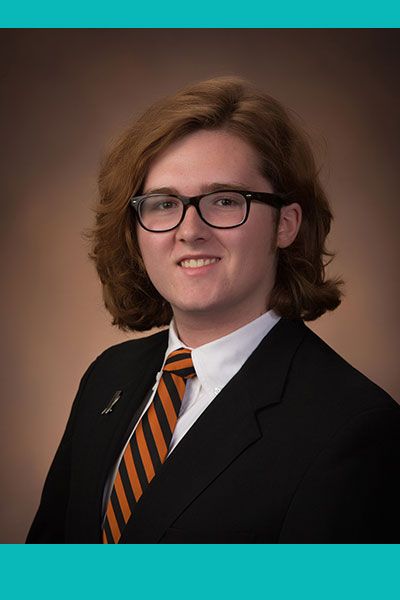 “Oroborous: A Modern Speculative Fiction Anthology”
Sponsor: Ms. Marks
Wrote a creative anthology of short stories, focusing on “speculative dystopias,” including themes such as social media, artificial intelligence, automation, and the surveillance state.
“Liam is a master storyteller because he is, at his core, a world-builder. For this series of short stories, he has created a fictional world that parallels our own, smoothly weaving current issues of technology, government, and power dynamics into his own vision of a dystopian future. Liam’s work takes to heart Shakespeare’s argument that ‘All the world’s a stage / And all the men and women merely players’—but society has crumbled and there are no characters to tell the story; the reader must piece together their stories from what’s left.”
—Dina Marks 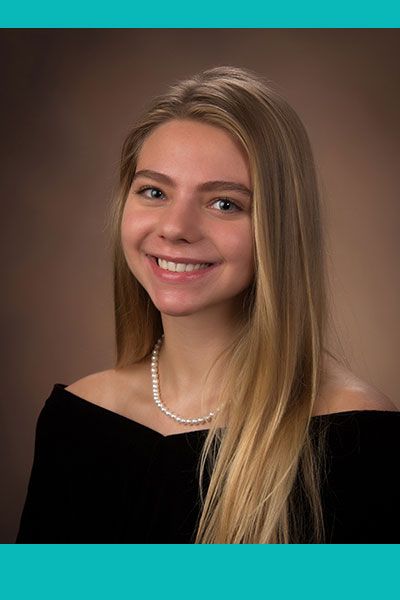 “Woolworth’s, Nashville, and the Civil Rights Movement”
Sponsors: Ms. McLarey & Mr. Miller
Researched Woolworth’s role in the Civil Rights Movement through interviews and historical records. Filmed, edited, and produced a 30 minute documentary.
“When Rowan took Toni Morrison with me last spring, she already had an interest in Civil Rights and the history of the Movement. Additionally, she brought intellect, industry, and discipline to every Harkness session and writing assignment. She clearly had the right toolbox for an outstanding Capstone project. Rowan’s passion for both her subject and filmmaking, coupled with considerable perseverance, has truly paid off.”
—Jim Miller 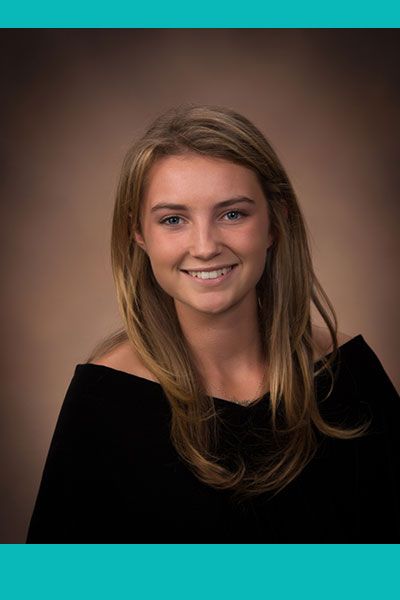 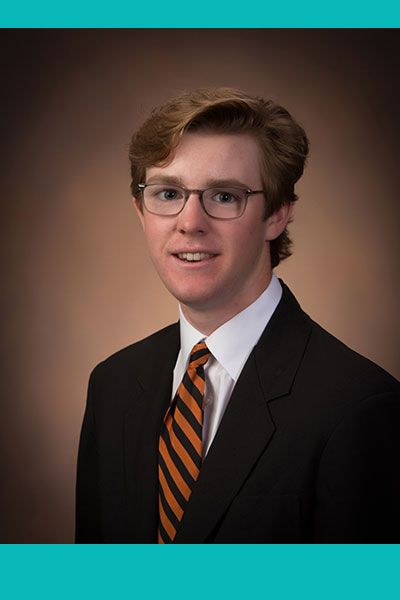 “The Powerful Impact That Dogs Have on Veterans and the Homeless”
Sponsor: Mr. Love
Explored how dogs impact the physical and mental well-being of veterans and the homeless, writing a collection of essays focusing on the personal experiences that veterans and the homeless have with dogs.
“Andy Garside has developed his Capstone project out of more than his love and passion for the impact that animals can have on those struggling with their mental well-being. Throughout his life, animals, specifically dogs, have had a profound impact on him. It is this connection that not only led Andy to become a certified therapy dog handler but to explore the use of these animals to help support those with mental illness.”
—Tim Love 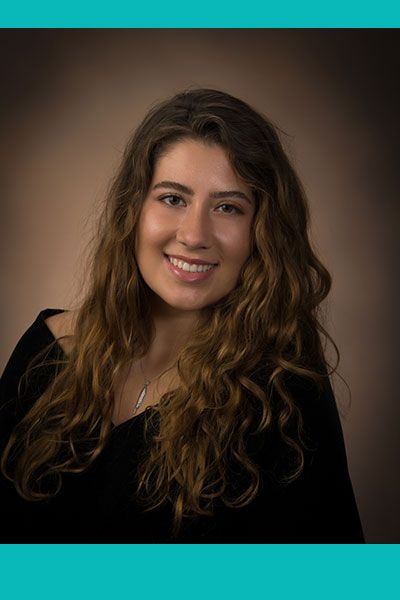 “Exploration of Music and Its Meaning” + EP
Sponsor: Mr. Salazar
Researched several empowering artists, including their melodies, chord progressions, lyrics, production, and more and used the concepts to write, record, and produce her own original EP.
“In this Capstone, Corrina set out to explore and study the music of artists who have impacted her. The aim of this was to analyze the compositional, lyrical, and overall artistic techniques employed by these artists in order to better understand the mechanics of powerful music and to use some of those techniques in her own songwriting. She had a culminating goal of writing four to six powerful songs in different styles, which she achieved masterfully.”
—Elias Salazar 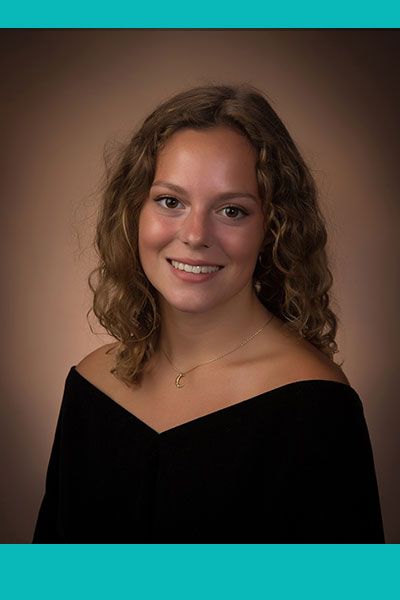 “The Art of Healing”
Sponsor: Mr. Love
Researched the use and benefits of art as therapy for individuals with mental disorders, interviewing and shadowing professional art therapists and compiling findings into a final research paper.
“Georgie Haynes has developed her Capstone project out of her passion and love for the healing power of art and its capacity as a therapeutic tool. I have been amazed by the energy and enthusiasm she has displayed throughout this project. Georgie has shown great diligence and dedication toward gaining a deeper understanding of art therapy and its impact on - not only those that have been diagnosed with disorders such as PTSD or autism - but also those that have been victims of trauma.”
—Tim Love 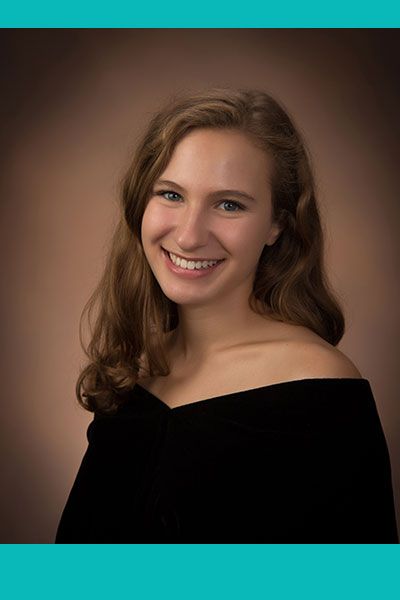 “Genetic Exploration and Analysis of Local Freshwater Fish”
Sponsor: Mr. Thompson
Collected, extracted, and sequenced DNA of fish from local rivers and analyzed the DNA sequences through various methods to compare the samples to existing cataloged species.
“Shoshana is a true Renaissance student. Research projects have a way of demanding a wide array of skills, and Shoshana marshalled several of her diverse talents to pull off this Capstone. Beyond her applications of Biology and Chemistry knowledge, Shoshana found herself using photography skills, statistical analysis, document research, and graphical design to name a few. She embraced the troubleshooting of our protocols and learned more from the experience of literally re-searching.”
—Chris Thompson 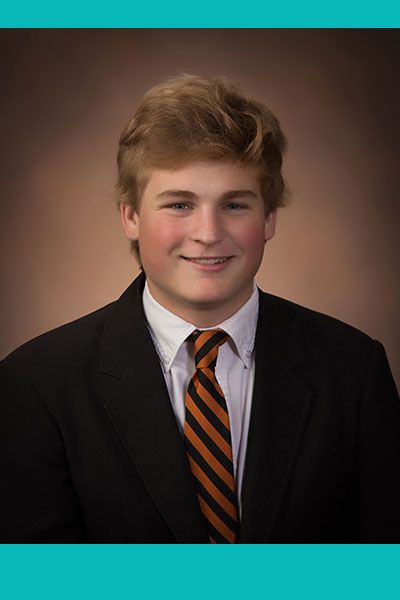 “The World of Music through the Lens of Jimi Hendrix”
Sponsor: Mr. Aveni
Researched and wrote a series of papers about Jimi Hendrix, including topics such as his playing style and songwriting, music production, and musical impact. Took weekly guitar lessons and learned to play several Jimi Hendrix songs while emulating his unique style and technique.
“When Scottie asked me about doing a Capstone on the playing of Jimi Hendrix, I told him that there really is no better course of study for any aspiring guitarist. To properly understand modern guitar playing, one must assimilate the unique contributions to the technique, tone, and language of the electric guitar. Over the past year’s worth of research, practice and work, Scottie has impressively made the journey from a beginning acoustic guitar player to that of a “shredder” capable of a note-for-note rendition of the epic ‘Voodoo Child’.”
—Jim Aveni 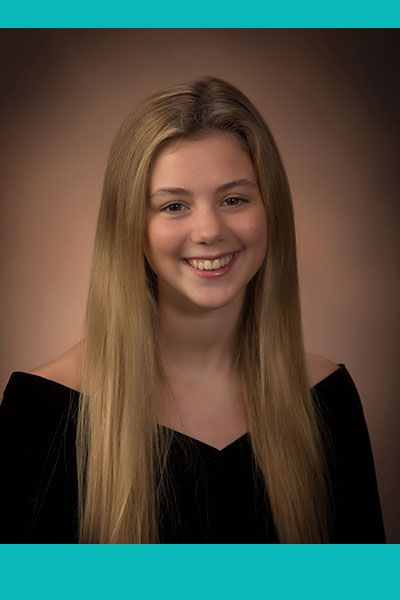 Fashion Photography
Sponsor: Ms. Johnson
Explored different photography processes using both film and digital cameras, focusing on how to make the entire image work with the model. Made clothing, fit the models, and performed numerous shoots and reshoots for a final 10-piece gallery.
“Julia-Rose began by studying fashion photography, and the work grew into also documenting performances both on and backstage. In her exhibition, it was fascinating to see the process of how costumes, the stage, and an art gallery can alter a person’s purpose and even personality while wearing a costume or dress. My favorite piece in her gallery show is the ‘Clothes-Line’ installation; I am really proud of her experimenting with materials and pushing the concept of photography with a contemporary art installation.”
—JC Johnson 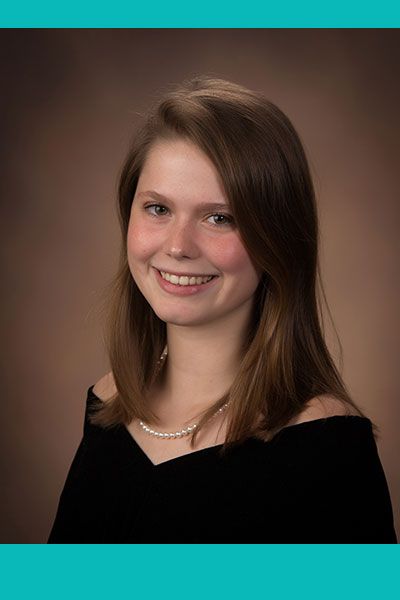 Poetry Anthology
Sponsors: Ms. McLarey & Mr. Berry
Read books of poetry for inspiration as well as books on how to write poetry to create a booklet of original poems, undergoing multiple revisions and focusing on precision of language and the function of each word.
“Marianna entered her senior year with a special interest in and aptitude for writing poetry and found her center of gravity in reflections on family and the role that her own family has played in the development and awakening of her own identity. Marianna created a two-part sequence of related pieces—poems that speak to one another, join one another, in conversation and in reflection. The result is a highly nuanced meditation on family legacy and on place, as well as a generous and wonderfully self-deprecating snapshot of late adolescence.”
—David Berry
Back